Where Are We Now?

The following is a set of basic figures about the epidemic as a snapshot, which will be updated in this document as we receive new information.

Reported cases underestimate the total number of cases due to the incubation period, asymptomatic or presymptomatic carriers, limited testing availability, and delays in receiving testing results after the initial onset of symptoms. The following resource is an excellent explanation of this phenomenon working from data publicly available in early March.

Based on previous epidemics, it is estimated that for every 1 case that is reported, there may be as many as 10-50 other cases that we don’t know about. So when you hear “confirmed cases,” mentally multiply that number by 10 to have an idea of the disease incidence (NYTimes U.S. Coronavirus Map, Lipsitch M. Presentation 3.16.20). One way to get a better estimate for the true prevalence of COVID-19 and future pandemics is ongoing surveillance testing (Lipsitch et al. NEJM 3.26.20). For more on these principles, here is a supplementary video on how to accurately estimate actual COVID-19 cases based on reported data.

Patients infected with SARS-CoV-2 worldwide have a widely variable chance of death. Initial estimates from U.S. cases are 1.8-3.4% (see table below). Overall case fatality rate (CFR) is difficult to discern because we are, for the most part, testing patients with more severe disease. The oft-quoted 2% CFR primarily comes from the largest epidemiologic report out of China that showed an overall CFR of 2.3% (1023/44672) (Zhang et al, CCDC 2020). The numerator here is the number of deaths in this cohort, which may be an underestimate because deaths lag behind new cases. The denominator is the number of CONFIRMED cases of COVID-19 in this cohort, which may also be an underestimate due to lack of testing of the general population and presence of asymptomatic cases. There is currently no way - particularly with how little surveillance screening is being performed - to determine the TRUE number of COVID-19 cases in this cohort or others like it, given that many patients are asymptomatic or mildly symptomatic and never present for care or testing.

Of note, reports from Italy suggest a much higher CFR than seen in China, hovering around 8% (Lazzerini et al., Lancet 2020). It is possible that this too is due to the lack of surveillance testing, but it may be due to inadequate medical resources from a healthcare system overburdened by the fast expansion of the epidemic in the region. The high disparity between the CFRs in China and in Italy warrant further attention as the US continues to respond to the pandemic. An additional point from the Chinese data is that there was a large disparity between the CFR in Hubei province (2.9%), which include Wuhan, and outside of Hubei province (0.4%), suggesting that healthcare capacity is likely playing a role in the lethality of COVID-19. and is a major driver behind the “flatten the curve” movement, as described in the remainder of the module (Wu et al., JAMA 2020). It is important to note that since it takes 1-2 weeks for newly infected patients to develop symptoms, there is at least a corresponding 1-2 week delay to see the effect of new interventions on infection and mortality rates (Fauci et. al., 2/2020; Lipsitch M., Presentation 3/2020).

Recall that the latent (presymptomatic) period, or time from exposure to transmissibility, can differ from the incubation period, or time from exposure to first symptoms (see figure above, from Wikimedia). Several sources of evidence suggest SARS-CoV-2 has a shorter latent period than incubation period, opening the door for presymptomatic transmission. Current estimates of the SARS-CoV-2 incubation period, from initial exposure to symptom onset, range from 1-14 days with a median of 5 days and 95th percentile of 12 days (Lauer et al., Ann Intern Med 2020; Li et al., NEJM 2020). Meanwhile, analyses of infector-infectee pairs show a mean serial interval of 4.0 days [95% CI 3.1, 4.9] (Nishiura et al., 3/2020), though this varies by location; Shenzhen data, for example, had a serial interval of 6.3 days (Bi et al., medRxiv 3/2020). Generation intervals in case clusters in Tianjin, China are estimated to be 3.95 [95% CI 3.01-4.91] days and in Singapore to be 5.20 [95% CI 3.68-6.78] days (Tapiwa et al., medRxiv 3/2020). Put together, these estimates imply a period of presymptomatic transmissibility. (For more on the basic biology of transmission, see Module 1.)

It is becoming increasingly clear that most new confirmed COVID-19 cases (an estimated 79%, from models based on data from Wuhan) are likely spread by people that show mild or no symptoms of the disease (Ruiyan et al., Science 3/2020). Similarly, data from case clusters in Tianjin, China and Singapore give rise to estimates of 48-77% asymptomatic transition (Tapiwa et al., medRxiv 3/2020). Social isolation, especially of young, healthy, asymptomatic people, will be critical to controlling disease spread.

Patients may be able to transmit the virus for a prolonged period of time, as SARS-CoV-2 RNA has been detected in patients for an average of 20 days, lasting as long as 37 days (Zhou et al., Lancet 2020). However, detection of RNA does not necessarily indicate the presence of live virus, and it is still unclear for how many days patients remain infectious.

In an epidemic, superspreaders are individuals who are more likely to infect other people, compared to the average infected person. The question is: how many individuals can a superspreader infect? Let’s first turn to how epidemiologists define superspreaders.

While many loose definitions of super-spreading events (SSEs) exist, Lloyd-Smith et al. published a protocol to identify superspreading events. According to this protocol, one needs to:

Thus, a 99th-percentile SSE would be a case that causes more infections than would occur in 99% of case histories in a homogeneous population.

SSEs, therefore, depend on the disease and the population. During the 2003 SARS outbreak, epidemiologists defined a super-spreader as an individual that could transmit SARS to at least 8 other individuals (Shen et al., Emerging Infectious Diseases 2004). In one of the most famous superspreading cases of the SARS outbreak, a physician who had treated SARS patients traveled to the Hotel Metropole in Hong Kong and infected at least 13 other people on his floor. These individuals left the country, spreading the disease to Canada, Vietnam, and Singapore. The single imported case to Canada resulted in 128 cases at a Toronto hospital. During the 2014-2015 Ebola outbreak, SSEs were also found to play a key role in sustaining the epidemic. One study by Lau et al. found that 3% of cases were responsible for 61% of infections. SSEs were also reported in the 2015 MERS outbreak, when a 68-year-old male traveled to Bahrain, the United Arab Emirates, Saudi Arabia, and Qatar before returning to South Korea. This index patient led to 29 secondary infections. Two of these secondary cases were shown to be responsible for 106 subsequent infections, out of 166 cases known at the time. Approximately 75% of cases in the MERS-CoV outbreak in South Korea could be traced back to these three superspreaders.

As SARS-CoV-2 continues to spread, several reports of SSEs have emerged. In South Korea, a cluster of cases was linked to a 61-year-old woman known as “Patient 31,” who attended church services in the city of Daegu. By February 20, 2020, South Korea reported a total of 82 infections, of which 37 cases were linked to her. The Korean Centre for Disease Control (KCDC) called this event a super-spreader event. (Read more about this case in the South Korea case study.) Several other countries have also reported SSEs during the COVID-19 outbreak. According to the WHO, a British man who traveled from a conference in Singapore to a ski trip in the French Alps in late January reportedly infected 11 other people in the ski village. The New York Times reported a case of super-spreading in the suburb of Westport, Connecticut, after 50 guests gathered on March 5 for a 50th birthday party. On the day of the party, Westport did not have a single known COVID-19 case. By March 23, Westport had 85 cases, reflecting a 40-fold change in cases in 11 days. In Massachusetts, the annual leadership meeting of the pharmaceutical company, Biogen, February 26-27th was found to be responsible for 99 in-state cases, as well as the first confirmed cases in several other states.

One of the most significant SSEs in the US has been in nursing homes (see Module 3 for more information on infection spread in nursing homes). The New York Times reports that residents and staff of long-term care facilities account for almost 40 percent -- around 68,000 -- of all COVID-19-related deaths in the US as of September 5th. In Massachusetts, nursing home deaths account for over 60% of all deaths in the state, per the Boston Herald in August 2020. Data from the CDC shows that over half of all COVID-19 fatalities in the US are in the over-75 population as of September 2020. Research suggests that older people have paid a higher toll in COVID-19-related mortality than other age groups due more severe clinical presentations caused by frailty (Maltese et al., Journal of Clinical Medicine 2020). To prevent further spreading of SARS-CoV-2 in long-term care facilities, states like Maryland, as highlighted by the Washington Post in September 2020, are deploying thousands of rapid SARS-CoV-2 antigen tests to mass screen nursing home populations. This response is a part of a novel effort to adapt response models typically used for natural disasters and deploy teams of responders (including medical workers, emergency responders, etc.) to help nursing homes handle outbreaks in their facilities, according to the New York Times in August 2020. Maryland is but one of several states such as Massachusetts, Florida, Texas, New Jersey, Ohio, Wisconsin, and Tennessee who are also adapting such large-scale epidemiological response methods.

SSEs play a critical role in both the early explosive growth of epidemics and sustained transmission in later stages. SSEs are worrisome because they are inherently difficult to predict and therefore, even more difficult to prevent. The best prevention and mitigation strategies rely on quickly recognizing and studying SSEs. According to a study by Frieden et al. (2020), several actions can help to reduce the impact of SSEs to better control COVID-19, including: 1) understanding their transmission dynamics, 2) identifying and mitigating high-risk settings for SSEs, 3) strictly adhering to protocols for infection prevention in healthcare settings, and 4) quickly implementing nonpharmaceutical interventions, such as closing schools, canceling public events, and imposing city lockdowns. Interventions such as these seek to reduce the impact of SSEs, as well as reduce the risk of future SSEs. Thought Questions:

Previous
Introduction to Epidemiological Terms
Next
Where Will We Be Next?
3 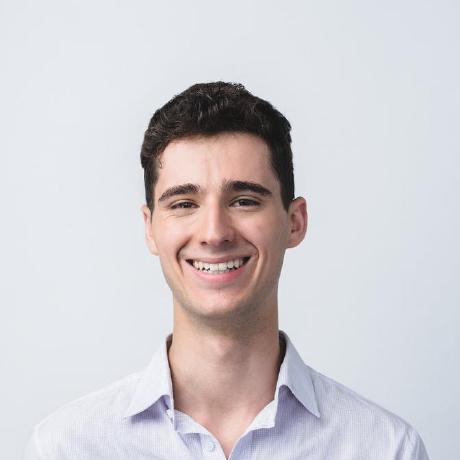